Henar was born in Madrid and from the early age she trained rhythmic gymnastics and swimming. Later she started with Danza Española and painting classes. She worked as a System administrator and besides rehearsals she enjoys reading, mandala painting, and live concerts. She started contemporary dance classes with the association in 2016 and became part of MSD company in 2018.

Gema is from Madrid and based in Coslada. In 1998 she and few more colleagues created a program called Inclusive Performing Arts (dance, theater, body expression) for adults with and without disabilities in Coslada. She teaches weekly classes and also producing shows and performances with these groups. Deciding to focus on physical theater and body movement methods, she finished 4 years training at Estudio Schinca and continued her education with El Tinglao and AISGE. She joined the MSD Company in 2018. 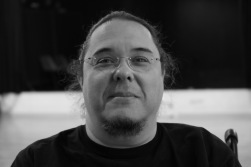 ​Gus is a designer and visual artist, born in Venezuela but settled in Madrid. On his self-taught life journey of discovery, he explored countless forms of creativity. In contemporary dance, he found a new world for creative exploration and a vital way of self-expression. He joined the MSD Company in 2021. 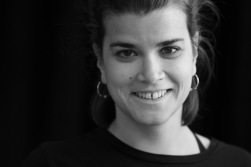 An amateur actress (graduated at EMAD), took all kinds of dance classes since she was young. She believes in lifelong learning and is constantly complementing her degree in Social Education with additional courses of sign language, dance therapy and psychomotricity. She enjoys travelling and many times changes the air of Madrid for a hike in the mountains. Anita joined MSD company in 2018.

Born in 1974 in Madrid has nourished his passion for dance, music and different sports from an early age. He entered in the world of Performing arts as a lightning technician, but soon started the dance training himself. He began teaching Dancing, Improvisation and Physical Theater in 2013 for an Inclusive Performing Arts adults program. He became part of MSD company in 2018.

Specialized in body expression work and physical theater. She began her contemporary dance training with different professors like Patricia Ruz, Juan de Torres, Daniela Merlo and Larumbe danza and attending workshops and training from inclusive dance-theater groups like Cía El Tinglao, Fundación Psicoballet Maite Leon, Paladio Arte, Teatro del Mediterráneo, Fundación Aisge. Since 1998 she is leading a performing arts workshops for adults with and without disability for Department of culture in Coslada, producing the final show every year. She believes in social transformation through art and dedicates her time to different artistic projects in the community.

Since she learned to read, Lucía liked to adapt stories and dance for stage. Before starting her journey in the performing arts, she finished her studies of ESL, worked as a relay assistant for deaf people, and was a social activist for the universal accessibility and inclusion for people with disabilities. An enthusiast of science fiction, astronomy, and Artificial Intelligence, topics that she believes will give us many surprises in the future. From 2014 she continues with training and courses in dance and theater. She joined MSD company in 2021. ​

José was born in Madrid and before joining MSD company in 2018, he was a successful athlete for a long time. He also did a theater clases and performed. Dance is a new talent he is discovering and energetically turning his energy towards new dance moves